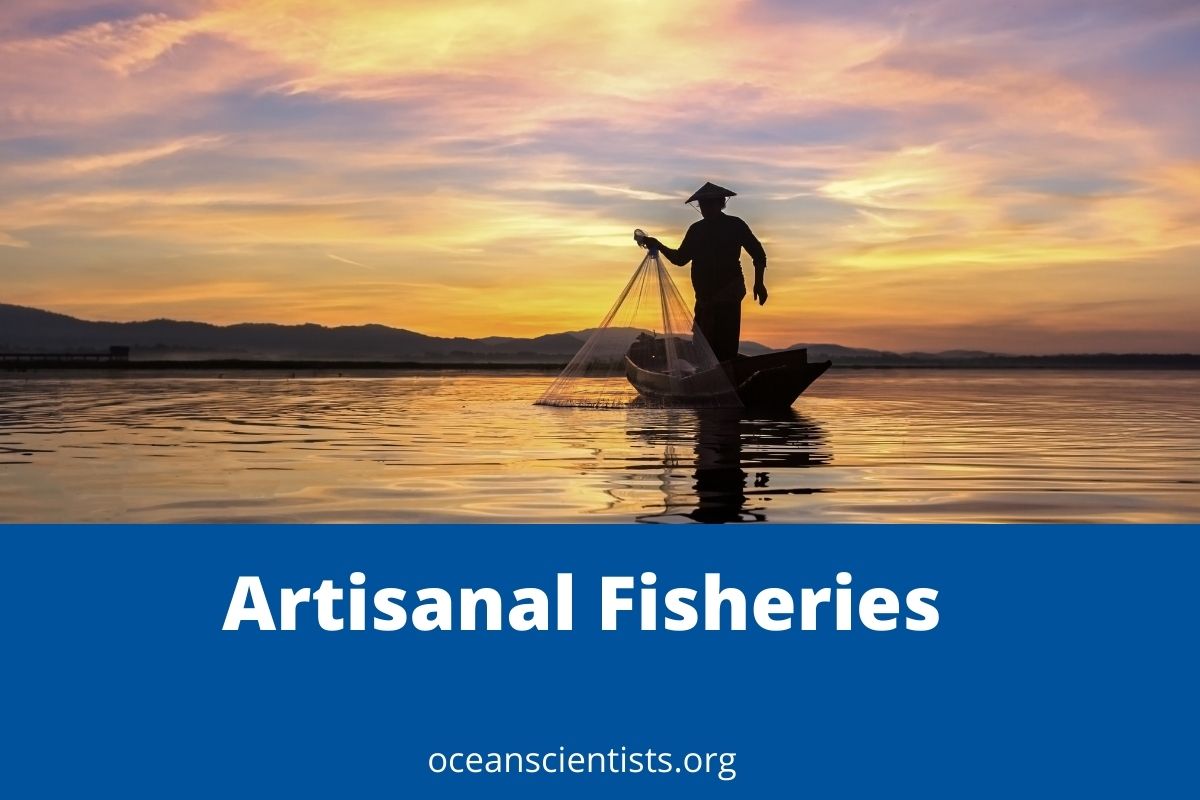 Artisanal fisheries are small-scale fisheries that don’t rely on the use of large fishing vessels and significant crews to get their job done. Many artisanal fisheries use what would be classified as old-school equipment like wooden boats and canoes to accomplish their jobs. Because of this, the fish they produce are considered elite.

Artisanal fisheries are often heavily impacted by large-scale fishing companies and often struggle to survive in the competitive fishing industry. The lack of guidance, equipment, and money is partly to blame for the discrepancy.

This article will examine artisanal fisheries and how they compare to the more common commercial fisheries.

What are Artisanal Fisheries?

Artisanal fisheries are often family-owned and operated businesses. They don’t typically have the resources or need to implement the use of expensive technology to conduct their business. Instead, they rely on a small group of fishermen and minimal equipment.

The product from an artisanal fishery is likely to stay close to the location of the business; They don’t usually operate intending to provide fish to large suppliers. Because of this, they don’t need an excessive fleet of boats or large crews. Artisanal fisheries are often the leading employers for locals, which makes the success of their business-critical to survival.

What is Artisanal Fish Farming?

Artisinal fish farming is critical when it comes to sustaining the population of several highly coveted fish breeds. While mainly industrialized fishing companies have taken over the catching of expensive fish, they have also begun to harm the environment, which has caused a decline in the fish population. These issues are typically not associated with artisanal fisheries.

Bycatch: When large fishing boats go out and throw the nets, they are not only catching the fish they desire but many other species of fish and ocean life at the same time. A lot of times, the bycatch isn’t thrown back simply because there isn’t time or human resources to do this.

Often, the bycatch includes species of animals that are already struggling to survive in the rapidly declining ocean environment. The accidental catching of these animals will ultimately lead to the decline of the habitat and will likely disrupt many food chains. Some of the most common victims of bycatch are:

When you compound these accidental catches by the number of industrial fishing vessels on the ocean at any given time, the numbers are significant and will ultimately lead to the demise of these species.

So how does an artisanal fishery limit bycatch? Arsenal fishers are often trained to focus on simply catching the fish they are focused on for the day. This means if there is any bycatch, it is returned to the ocean without harm. However, this may not be true for all artisanal fisheries.

Many artisanal fisheries are located in underdeveloped countries, which makes fishing the primary source of food for the culture. Because of this, they will often keep and eat anything they catch. While this may seem resourceful, it can be detrimental to endangered species. Instead of releasing them, they are consuming them and thus limiting the population. Often, this is done without knowing and out of survival.

Are Artisanal Fisheries Dangerous to the Environment?

While artisanal fisheries do not use large-scale industrial equipment, they are considered very dangerous to the environment. Most artisanal fisheries are not controlled by any authority figure and often aren’t supplying fish for a market. Because of this, they have no measures to go by when fishing.

Difference Between Commercial and Artisan Fishing

It may be easy to think that all fishing is the same, but nothing could be further from the truth. Commercial fisheries and artisan fishing are entirely different. In fact, they could be classified as opposites. Let’s examine each type of fishing.

The most common type of commercial fishing is net fishing. The process of net fishing involves either dropping the net around a school of fish or dragging a net through the water, which will “scoop” fish as it goes along.

When net fishing, a boat is able to catch several thousand pounds of fish at one time. Once it is full, the net is hoisted to the deck and emptied into a pit below the deck. Unfortunately, there is no way to control the types of fish or animals that are caught by this net, and there are often several victims of bycatch.

Line fishing from a commercial vessel is much different than traditional line fishing. You won’t see a line of fishers holding poles and casting their line. Instead, the boat releases a long line that is equipped with hooks that are equidistant apart. When the line is dropped in, the fish are attracted to the line and are caught by the hooks.

This form of fishing is safer for other sea creatures than net fishing, but there is still a risk to animals that spend their time in the shallows of the water. This includes birds that swoop in for their food. Oftentimes, these animals find themselves caught on the line when the fish are pulled in.

Some commercial fisheries use the strategies of trapping and diving. Depending on the type of sea life they are trying to catch. These are typically the most accurate ways of fishing because the traps and dives are precisely planned. The most dangerous thing that can occur is certain species of animals may get tangled in the lines, but it is not a common occurrence.

Although commercial fishing is held to a higher standard of accountability than artisan fishing, it is still hazardous to the environment. Here are some of the dangers presented by commercial fisheries.

Overfishing: Commercial fisheries are responsible for catching thousands of pounds of fish each day. When you look at the number of commercial fishing in the water doing this daily, you can see how overfishing can quickly occur. When one location becomes overfished, the company must move to deeper water to find their catch.

Moving to deeper water presents a greater danger to the ecosystem because suddenly, fish and wildlife that were never in risk of being caught are now in the target range.

Emissions: The fishing vessels’ size requires a significant amount of fossil fuel to propel them. When using fossil fuels, there are emissions that come from the boat that can cause damage to the air. Increased emissions are partly responsible for the rapid global warming we are facing.

Water Pollution: Commercial fisheries are responsible for a significant amount of ocean pollution. Often, nets are discarded in the water, which poses a substantial risk to animals in the ocean. It is estimated that between 500,000 and 1 million tons of fishing gear are left in the ocean each year. Often commercial fishing boats aren’t even aware that they are leaving nets behind, which makes it even more dangerous and problematic. (Source: WWF)

Artisan fishing, as you know, is a very small-scale operation that does not require technology or large boats. Although artisan fishing is done on a small level, it can still have a big impact on the environment. Here are the methods artisanal fisheries use.

Many artisanal fisheries depend on the traditional line and pole method to catch fish. This takes longer than a commercial line, but if fishing in a heavily populated area, fishers can catch several fish a day this way.

Another method of artisanal fisheries is to use a harpoon to catch fish. This method is typically used for larger fish. This method of fishing is relatively environmentally friendly, and there is little to no bycatch because the fisherman is targeting a large fish.

Harpooning can become problematic when the targeted fish are in the endangered fish category. Several types of tuna are in this category and are currently in the overfished population.

Artisan fisheries use nets like commercial fisheries, but they are on a much smaller scale. Instead of relying on the power of the boat or a crane to pull in the net, it is pulled in by human strength. Because of this, the nets used aren’t likely to catch thousands of pounds of fish at one time.

Although the nets are small, they can still cause the same damage commercial fishing nets to do. There is a greater risk of bycatch, and when nets break, they are often left in the ocean.

Artisanal fisheries will sometimes rely on spearfishing to catch the desired species. Like harpooning, this method of fishing is typically a bit safer because there is little risk of bycatch, but the fish being speared are usually significant. A lot of large fish in the ocean are at risk of being overfished and are close to being endangered.

Overfishing: Artisinal fisheries are not controlled or held to standards like commercial fisheries. Because of this, there are no limits placed on the amount or type of fish that can be caught. This becomes problematic when certain species of fish are constantly being caught and are unable to reproduce.

If a specific species of fish is no longer able to live in the ecosystem, it impacts the entire ecosystem. The disruption in the food chain can be detrimental to a large area of water. The overfishing of artisanal fisheries can significantly impact the amount of fish available to commercial fisheries as well.

Guidance: Most commercial fisheries rely on advice from those familiar with the environmental implications of fishing in certain areas. Artisanal fisheries do not have any of this guidance. Because of this, not only are they overfishing, but they are also more likely to fish in breeding grounds.

Fishing in breeding grounds is exceptionally problematic because it instantly decreases the population of the fish. This happens because fish that are not ready to be caught are taken from the water, or fish that are preparing to spawn are removed before they have the chance. This causes great distress to the ecosystem.

Although artisanal fisheries aren’t necessarily adding to the emissions problem, they are causing other issues when it comes to the ecosystem.

Artisanal fisheries can be both good and bad. While they are life-sustaining for many impoverished countries around the world, they are potentially causing catastrophic environmental problems. Because of the lack of management and guidance, overfishing by artisanal fisheries is beginning to cause problems for commercial fishing companies.

Ocean Deoxygenation And Its Effect On The Marine Ecosystem